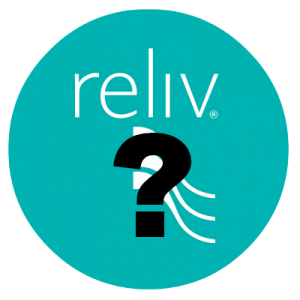 So over the past couple of months I have gotten some amazing invites to join different network marketing opportunities.

Most from people I know and trust. I know they are part of amazing companies but I have to decline each and every time.

I am a Reliv kid.

Before I joined the world of network marketing I did some, not a lot, but some research. I knew I had to find something that connected with me.

Something that didn’t seem hype-y or trendy.

Honestly, look at my back ground. I am a former volleyball player, turn Chef. What do you think I was exposed the most to?

If you guessed nutrition, you were right.

But I didn’t want just a juice, fruit, or gummy. I wanted something that was complete.

I had already been exposed to multiple supplements and organic foods.

And in my personal opinion organic is hype-y. Years of being a chef and having it shoved down my throw as the better way… research shows that “Organic” is not consistent across the globe. What organic means in the U.S. is not the same as what passes for Organic in Europe. Trust me…  Watch out for that small sentence buried at the bottom that says… Basically, they now say, the organic standards are equivalent. Any small differences, they’ll just disregard.

Just that one little line has me not totally behind Organic. Do I believe that you should be buying from local farmers or even starting a garden in your own backyard. Absolutely. The fresher your food the better. But is organic better for you nutritionally? This study said the verdict was still out.  Why Organic Food May Not Be Healthier for You

I have always been an advocate for eating in moderation and watching what you eat. A balanced diet makes all the difference in our health.

My culinary crew can attest that I would always say… If the plate in monochromatic it can’t be good for you. And I was usually referring to a plate that was all light brown… fried foods. Not a spec of color in sight.

My Experience with Reliv

Like I said, I have been exposed to multiple nutritional supplements and nothing seemed to work… until I was introduced to Reliv.

They say that you don’t know how unhealthy you really are until you get healthy.

For years, I thought I was healthy. I ate right, I stayed active… why did I need Reliv to make me feel better… I wasn’t sick.

I look back and laugh now because I had no idea how unhealthy I was.

In the first two weeks of taking Reliv I began sleeping better and feeling better. What really made it interesting is that at two weeks my culinary crew approached me and asked what I had changed in my life…

…Because apparently I had stopped yelling in the kitchen and became a much more reasonable person.

Then I began to notice an increase in energy level. Working those 10-12 hour shifts weren’t taking quite the toll on my body like they use to. As time went by I watched as co-workers got sick with the flu, cold, bronchitis, and everything else and I remained unaffected. I would just take an extra Reliv shake to boost my immune system. 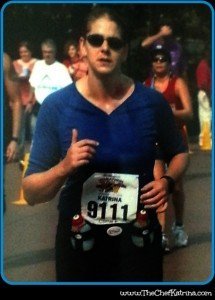 Then I put it to the test when I decided to run a marathon. I didn’t have the best training schedule… I never actually ran 26.3 miles till the day of the marathon, and if any runners are reading this… I am sure you are just shaking your head.

And to top it off… months before the marathon I was diagnosed with Degenerative Disks in my lower back… a pain that I was going to have to live with for the rest of my life.

But I ran the marathon in 6 hours and 23 minutes. I had little to no fatigue. I was running around Walt Disney World later that afternoon. My recovery was nothing less than shocking to me. And all I did was take my Reliv shake.

I had no back pain during or after running the marathon. And to this day, almost  7 years later, I still have no back pain.

I would even go as far as saying I am healthier today than I was during my college volleyball years.

Do I believe in a healthier lifestyle. Yes.

Do I support it with Reliv… yes and for the rest of my life. I will go to my grave drinking my Reliv shakes.

Wishing you a happy and health day.

P.S. Stop the pain of struggling today. There’s an answer waiting on the other side, one simple system that I use to generate upwards of 20 leads a day for my business. (Unless You Already Have Too Many Leads) – Click Here For Instant Access

Chef Katrina is a former Disney Chef. Retired from the corporate kitchen she now runs an online digital marketing training company called Marketing Ingredients. She is a mentor for Digital Marketeers. In her downtime she ballroom dances and spends time with her dog!

This site uses Akismet to reduce spam. Learn how your comment data is processed.

Exact Recipe to Become a Top Earner in Your Home Business

Builder Faster Than Your Upline Ever Did